Since then something is changed, but not these points:

Maybe I’m wrong, but is there a way today to handle these problems?

Am I wrong, @broerse?

@broerse that addon in specifically designed for pouchDb. I suppose that @johnunclesam and the orignal author of the post was thinking in simething more similar to ember-sync great project that is unmaintained from 2015 as far as I can see …

The topic may also grow obsolete with the spread of SW background syncing, however that is not going to work everywhere for now…

Today in Ember world this is not present at all.

Ember-sync is an amazing project that need a lot of work today and need work from big authors. I’m a little one.

@johnunclesam @nandosan ember-data is just a cache for a database. So you need something like PouchDB to make that database local. If your data can be offline you can have hasMany relations that don’t have belongsTo relations yet. ember-data can handle this if your adapter handles Eventually Consistency. We use ember-pouch in progressive web apps as an ember-data offline solution. ember-sync works just like ember-pouch but uses IndexDB and has no Eventually Consistency code so there will be problems with relational data. Ember-pouch uses IndexDB or WebSQL if there is no IndexDB available. See how it is used for hospitals that have sometimes no internet connections, https://github.com/HospitalRun/hospitalrun-frontend

You could argue the ember-data needs Eventually Consistency code to support offline databases so you don’t have to handle this in the adapter. I don’t think ember-data should support IndexDB, WebSQL, Service Workers, and all node.js databases for fastboot. That is why we need adapters. After reading your questions again I still think ember-pouch almost solves all the problems but you don’t have to use it

And if I need server (Go, Ruby, C#) checking when migrating from offline to online? With PouchDB I can only have a “dummy” sync with an exact reply in CouchDB (or similar server). I need something like “ember-sync” for repeat - when I’m online again - all the operations but with server-side check.

Is it clear now?

PocuhDB (and ember-pouch of course) is amazing for the exact replication of my ember-data situation. What I need more is a server consult for all my operations (before offline, now online). The eventually conflicts are handled by the server, this is my problem and I can handle it server side.

Maybe I can use ember-pouch for “simply” “dummy” replication and then I can do operations other ways? What do you suggest, @broerse?

Where am I wrong?

It is clear the whole time

I think it is sometime faster to sync data from CouchDB to some Go, Ruby, C# service on the server and let CouchDB/PouchDB do the syncing. You can also take a look at: 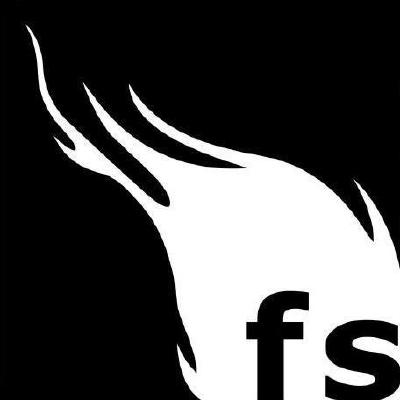 ember-local-storage - The addon provides a storageFor computed property that returns a proxy and persists the changes to localStorage or sessionStorage. It ships with an ember-data adapter.

Thanks @broerse, I know the amazing “Ember localStorage” but what I/we need is a sync. Ember localStorage is the same as “ember-pouch” (without sync logic) or just for something fast. What we need is an offline first scenario = syncing offline/online with backend.

I can sync data from CouchDB and my server backend, but what I need is to handle conflict immediately when the user is back online. And syncing the server with CouchDB I need a way to enter the client of the user when the server, after the CouchDB syncing, has to tell something to the client.

“ember-sync” is the real way. “Ember localStorage” is not an alternative to “ember-pouch” or to what we need.

CouchDB/PouchDB is the best sync around. So telling something to the user and back can be done by just listening to the message-in and message-out models or just one message model. PouchDB sync will handle the updates on both sides. NPM is a CouchDB database so if you need one database per user to transport messages to specific clients you don’t have to worry about scaling CouchDB to millions of users. See also https://developer.ibm.com/clouddataservices/2016/08/11/location-tracker-part-2-database-per-user/

I can ember-pouch just for some models?

It is just how ember-data works. If you have an ember-pouch application adapter and a JSONAPI catogorie adapter (without the s) your categories model will not be synced by ember-pouch. The only problem with this is that belongsTo/hashMany relations from categories to some other model can’t be used.

So you can do this by just adding adapters.

What I need is especially the relations. So ember-pouch today for this problem is not a solution.

The problem is that cross adapter relations don’t work well in ember-data for any adapter. So than ember-data is not the solution for you. A problem is always solved by a bigger problem