What editor has the best support for EmberJS?

The IntelliJ IDEs that I normally use don’t have particularly good support for Ember, specifically I would’ve liked if their static analysis would work when I do

Then go through the object graph there’s no autocomplete. Or if I fully write out Ember.inject.service() it should have some idea of what service is, but it can’t find it anywhere. There’s also the issue of the new handelbars syntax where:

Gets marked as invalid because of |bar|. Is there an editor out there that has deeper support?

A hackable text editor for the 21st Century

At GitHub, we’re building the text editor we’ve always wanted: hackable to the core, but approachable on the first day without ever touching a config file. We can’t wait to see what you build with it.

Like @Loz I recently started using Atom. I’m absolutely in love with alot of it’s features. It just seems a bit more open than Sublime does. I switched back to Sublime after a few days with Atom. There are some minor annoying parts that just gets to me. Im sure that it can be configured though. I expext to go back and forth a bit the comming weeks like I did with TextMate and Sublime until I finally settle on one of them.

Incase some master Atom guru reads this here is the things I was struggling with:

I uninstalled Sublime Text in favor for Atom after using it for a couple days. Sublime text has more packages but Atom is growing and if you think about it, you really don’t need a ton of packages if you know what your doing. I also like jet brains ide’s

I’ve been told by the support desk that this will be fixed in the next version.

Has anyone else found Atom to be a bit resource-heavy? I’ve recently dropped ST3 because it seemed to be interfering with watchman, somehow, but Atom feels somewhat sluggish in comparison.

just to be sure, @kgish: after a lot of Atom mentions, are you referring here to the issues on IntelliJ/WebStorm?

I was referring to WebStrom.

Vim is decent. My main complaint is that there isn’t a good plugin that indents handlebars well. The thing I like the best is the spec-runner package that lest you shell out and run the spec that your cursor is currently on. Really nice for a TDD workflow. Unfortunately, ember-cli builds the entire project each time it runs the specs so we’re going to loose this work-flow when we upgrade.

I really like Webstorm but I don’t think it’s the ideal EmberJS IDE. I wonder if there is any IDE which provides some kind of intellisense/code completion. Especially for the getters/setters this would be awesome. Remembering all the members of the objects during a whole working day can be hard sometimes

Of course if you’re already a Vim user, you don’t need any more convincing

These are my syntax plugins.

So there are many vim users here. Are there any special plugins for supporting EmberJs development? I think a text editor is not really an IDE. Are there any IDEs you can recommend?

For those on Windows, Komodo IDE will not support ES6 until version 10. I installed Atom, plus the linter package + linter-eslint + babel-eslint. Add the .eslintrc from the babel-eslint installation instructions into the project directory.

Once configured, it syntax checks ember’s ES6/2015 on the fly.

You can configure a live template to do this

@IAmJulianAcosta I don’t know what you intended to tell me with this link.

I think Visual Studio Code got an Ember CLI plugin. This sounds promising

Yes, I can verify that this has been fixed in WebStorm 11.

Now there is also a plugin for Intellij IDEs. 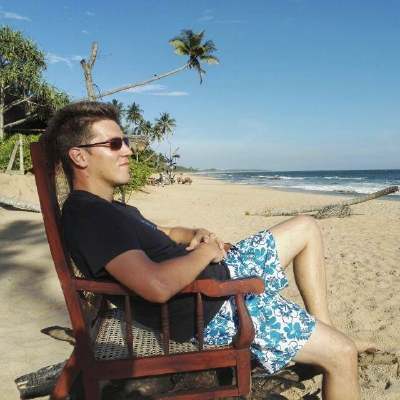 I couldn’t install it. Maybe this is due to the old version of my webstorm but I’ll try it as soon as I get it to work

I’ve already use it for days, it works as promised, but not very very helpful as I expected, maybe I need more experiences on this plugin.

I couldn’t install the plugin but the github repo seems to be very active. So maybe you could contribute to get some helpful features into it

I hope I’ll get the plugin to work asap. I’m still not very happy with the IDE support of EmberJS

For emacs users, there is ember-mode.